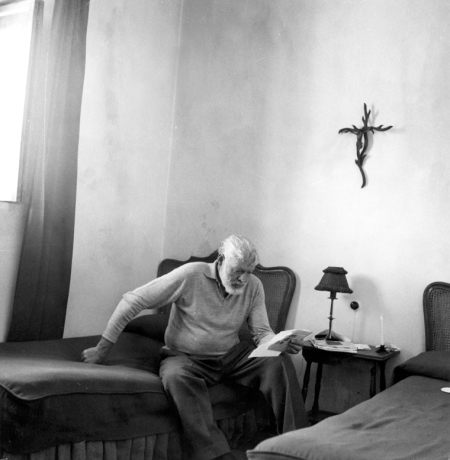 By July of 1961, Ernest was sick. He suffered from alcoholism and depression, and he no longer felt he had the ability to write. Writing, he said, was “beating the pith from him”. His last success had been The Old Man and the Sea, in 1951, which had won him the Nobel Prize. In the last few years of his life Ernest became very agitated about his finances, about tax returns to the IRS, and a paranoia about being followed. He was admitted to the Mayo Clinic in 1961 for hypertension and heart problems.

Twice that year Mary caught Ernest in two separate suicide bids. Once, she caught him walking toward the propellers of an airplane. In another instance, she found him sitting with a loaded shotgun on his lap. He finally took his own life in July 1961. At first Mary insisted it was an accident, but Ernest was an expert marksman, deft at handling a gun. Six months later she admitted that his death had been a suicide. 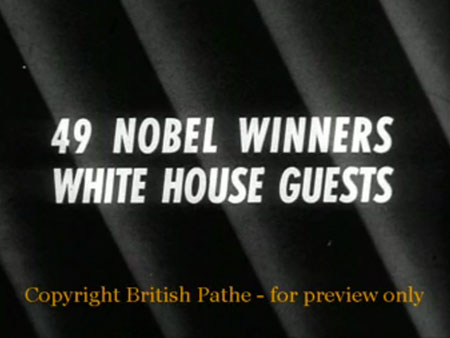 This video, from the British Pathé archives, shows Mary Hemingway, a year after Ernest’s death, at an event hosted by the White House for Nobel Prize winners. She is seated next to J.F. Kennedy, who said Hemingway was “one of the greatest citizens of the world.”